Friday night’s public talk, attended by some 140-150 people, was great, with very informative contributions from Dean Rea (Sorby Breck Ringing Group) and Deborah Dawson and Natalie dos Remedios (Dept of Animal and Plant Sciences her at Sheffield University).  Dean explained the thinking behind the colour ringing of the young birds this year (details to follow) and Natalie’s finale was to reveal that all three of this year’s young birds are… male! So that makes three years of males only.

The weather ahead of the talk was damp and far from ideal for watching the birds, let alone for them to make their first flights, although a good crowd enjoyed fine views of the birds through the telescope available.  On Thursday evening (1st June) a trip to St George’s proved exciting, with plenty of activity.  Most notable was the female’s visit to the church tower with some prey that she brought to the corner of the ledge a couple of metres from the nest platform (in the photo below), but did not take into the box.  She seemed to be clearly trying to encourage the young birds to move beyond the nest, but despite their loud protests and obvious desire to reach the food, they did not budge! 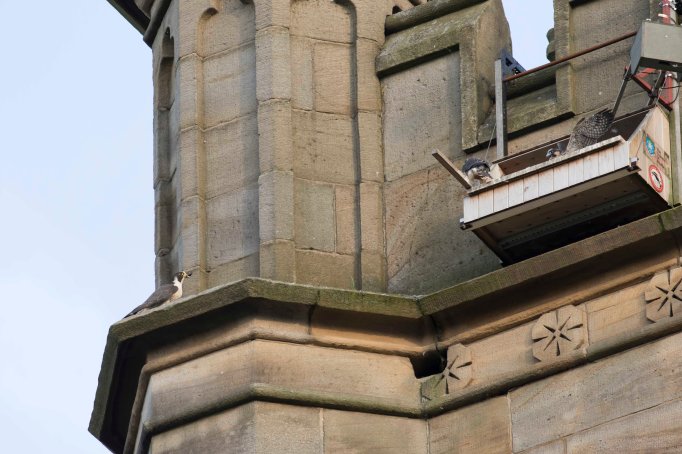 Yesterday (Saturday) evening was fine and sunny so a visit to check on progress seemed in order.  The three juvs were very active on and around the box, with two of them ably going up on to its roof and one flapping/ hopping out onto the webcam housing. 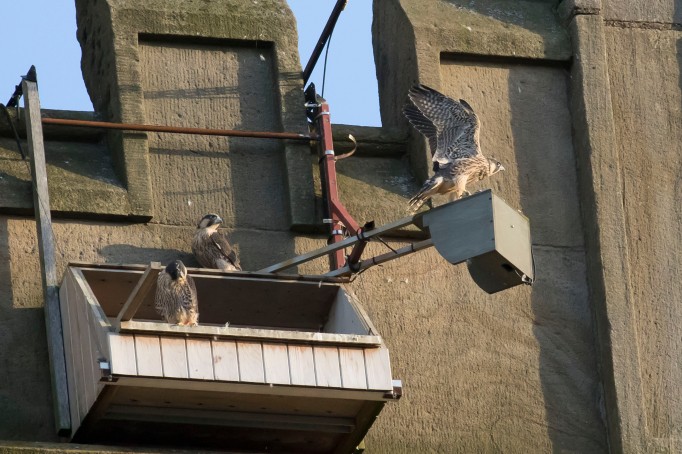 There’s obviously not much room on top of the box, and the more adventurous juv clambered over its brother en route to the webcam housing: those talons must have been uncomfortable! 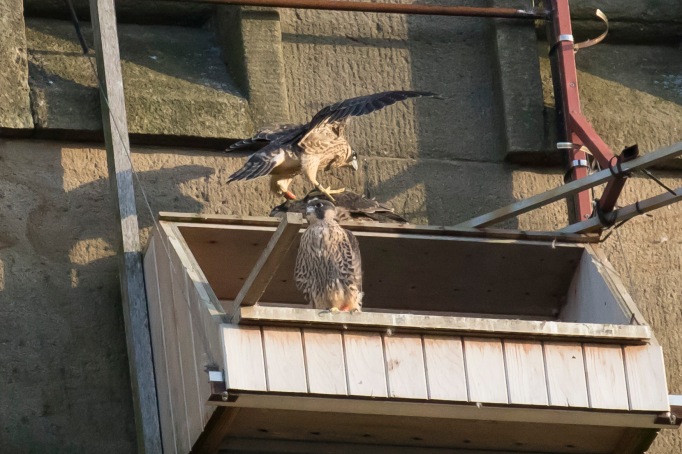 Both adult birds were close to hand, with all five on and around the nest site on occasion.  The female landed on the webcam at one point, and when she dropped away there was a sense of the juvs watching and learning. 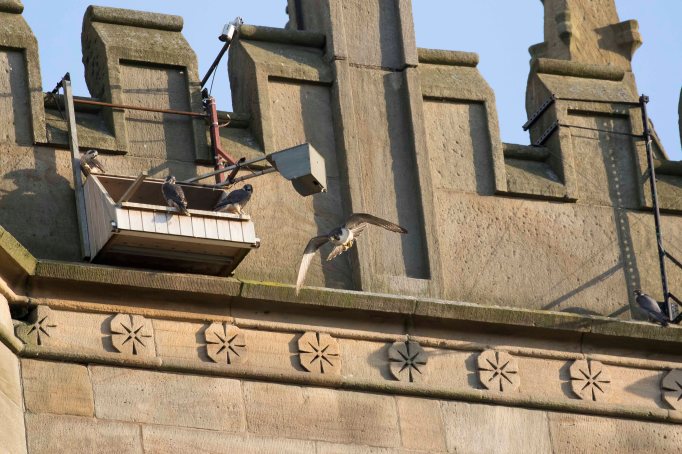 The amount of downforce generated by the vigorous flapping undertaken by the young birds as they exercise ahead of their first flight was apparent when one gave it a good go on the edge of the box, raising a cloud of down (which they are rapidly losing completely) and small feathers, some presumably from inside the box. 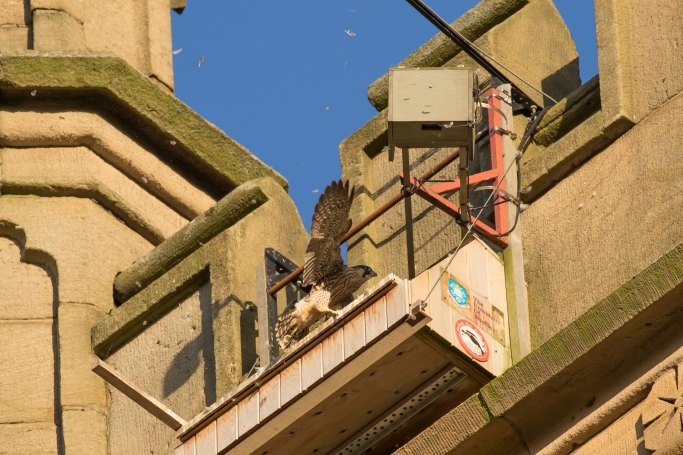 By the end of the evening, the moon rose behind the tower and provided a photo opp that was too good to resist as the birds settled down for the night. 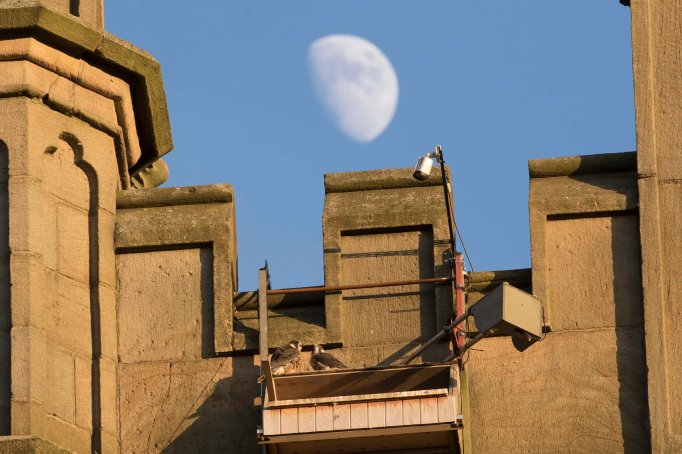 This afternoon, one of the juvs was on the corner of the ledge having made its first excursion from the nest. 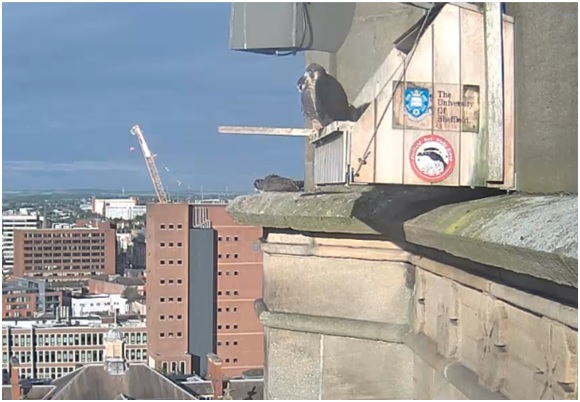 And this evening, news from Andy J that one of the juvs hopped/ flapped up onto the castellations behind the box, only to slip down and take flight, circling the tower and landing back on the roof in reasonably controlled fashion.  So we have lift off!! 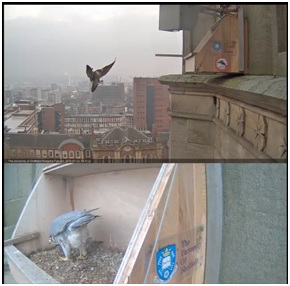